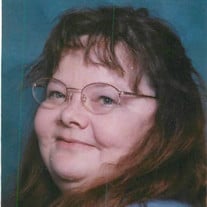 Brenda Lea O’Neal, age 59, of Thayer, KS passed away Wednesday, December 23, 2020 at her home. Brenda was born to Donald Wayne and Jean (Kenworthy) O’Neal in Tillamook, OR on December 18, 1961. After graduating high school and getting her associates degree, Brenda went to work for local nursing homes as a nurse aid. Brenda, enjoyed and had a talent for writing, (One of her Poems is added to the bottom of this obituary notice.) she enjoyed writing poetry, words to hymns, and a few short stories. She enjoyed listening to music, playing the piano, sewing and especially enjoyed all cats and dogs. Brenda enjoyed giving to children, teaching Sunday school, and she was active in many charities raising funds for children and was a secret Santa to numerous children. Brenda volunteered for many years at St. Pat’s, and truly enjoyed being with her family and friends. Brenda is survived by: Three sisters: Sandra O’Neal and Ed Brinkmeyer of Chanute, KS Leona Moeller of Atlantic, Iowa Linda Smith and Dan Couch of Broken Arrow, OK A special friend Suzy Vining of Dearing, KS Numerous nieces, nephew, cousins, aunts and uncles. Brenda was preceded in death by her parents. Cremation has been requested and a memorial service will be held at a later date. Memorials have been suggested to either: the Independence Bible School, or Pet Rescue and may be left with or mailed to the funeral home. Online condolences may be left at: www.countrysidefh.com. Services entrusted to Countryside Funeral Home 101 N. Highland, Chanute, KS 66720 The Warming Flame by Brendalea O'Neal The flame within the fireplace, dancing among the wood was warming nearly everyone and we were feeling good. The winds came not against us from twilight until dawn, and still that warming flame kept burning on. The winter snows surrounds us. We're pressed on every side. Our bodies sometimes fail us but God still doth provide. He never, ever changes. He always stays the same and if we but receive him, he will be our warming flame.

The family of Brendalea O'Neal created this Life Tributes page to make it easy to share your memories.

Send flowers to the O'Neal family.