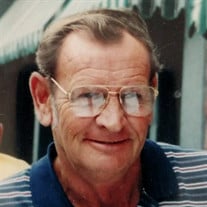 Floyd “Joe” Wagner II, age 72, of Howard, KS passed away November 6, 2019 at his home. Joe was born December 2, 1946 in Omaha, NE to Floyd and Ada Wagner, growing up with 7 brothers and sisters. After high school, he joined the United States Navy, serving 4 years. On June 16, 1976, Joe married Sharon Perkins in Las Vegas, NV, spending 43 years together. After they got married, Joe and Sharon lived in California for 5 years while Joe worked for the railroad. From there they moved to Howard, and Joe was so impressed with the way all the farmers and ranchers would wave at him in passing, they decided to stay. He ultimately fell in love with the people and the area. Joe worked multiple jobs during his working years. They include the City of Howard Utilities department and West Elk school district, where he retired after several years. For many of those years, he worked at P&J’s convenience store as a second job, but it was more than a job for him. He loved people and working there was his way of socializing. Joe is survived by his wife Sharon. Daughter: Celeste Babb and husband Jimmy of Augusta Bonus daughters: Mandy Watts Lamphier of Augusta, and Kari Knox Galliart of Kansas City Brothers: Jimmy, Willie, Pete, and Phillip Sisters: Phyllis and Queenie He was preceded in death by his parents, and brother Donnie Cremation has been requested. Memorial service for Joe will be held Saturday, November 16, 2019 at 2:00 pm at Countryside Funeral Home, 206 E. Washington, Howard, KS 67349 Visitation will be held for 1 hour prior to service. In lieu of flowers, the family asks that memorials in Joe’s name be made to Harry Hynes Hospice, and can be mailed to or left with the Funeral Home. Services entrusted to: Countryside Funeral Home, 206 E. Washington, PO Box 247, Howard, KS 67349

The family of Floyd "Joe" Wagner II created this Life Tributes page to make it easy to share your memories.

Send flowers to the Wagner family.