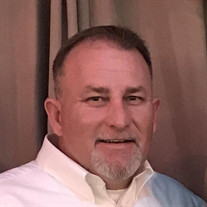 Fred Irvin Voth, age 51 of rural Fredonia, KS, passed away Thursday, March 17, 2022 at Via Christi St. Francis hospital in Wichita, KS with his family by his side. Fred was born March 12, 1971 in Garden City, KS to Irvin and Carol (Millar) Voth, the youngest of 6 children. He attended Fredonia High School, where he made many life-long friends, and graduated in the class of 1990. After HS, he attended Independence Community College, then finished his degree in Mechanical Engineering at Pittsburg State University. He enlisted in the United States Marine Corps in 1992, and proudly served his country for 4 years. He worked as a Millwright Superintendent for several years, as well as worked alongside his family custom harvesting, before starting his own business, Voth Farm Machinery Repair and Maintenance, which he has owned and operated since 2013. Fred enjoyed hunting and fishing, he was continually wanting to learn a multitude of different things regarding equipment and technology and enjoyed sharing what he learned. Fred was outgoing, and enjoyed his friends, but most importantly, loved his family to the very end. Survivors include: Life partner: Heidi Robinson of their home Son: Devin Voth and fiancé Paige Terry of Fredonia, KS Daughter: Macie Robinson of Fredonia, KS Siblings: Randy Voth of New Albany, KS Linda Voth-Debes of Enid, OK Ted Voth (Debbie) of New Albany, KS Tim Voth (Rita) of Fredonia, KS DeeAnn Ogden (Russell) of Fredonia, KS. Numerous nieces, nephews, cousins and many friends that he considered family. Fred was preceded in death by his parents Family will receive friends at visitation from 5:00 to 7:00 PM on Sunday, March 20, 2022 at Countryside Funeral Home in Fredonia, KS Funeral services will be held on Monday, March 21, 2022 at 10:00 am at Countryside Funeral Home in Fredonia, with burial to follow at Weakley Cemetery near New Albany, with Military Honors from American Legion Post #170. Online condolences may be left at: www.countrysidefh.com Services entrusted to Countryside Funeral Home 420 S. 20th St., P.O. Box 247, Fredonia, KS 66736

Fred Irvin Voth, age 51 of rural Fredonia, KS, passed away Thursday, March 17, 2022 at Via Christi St. Francis hospital in Wichita, KS with his family by his side. Fred was born March 12, 1971 in Garden City, KS to Irvin and Carol (Millar)... View Obituary & Service Information

The family of Fred Irvin Voth created this Life Tributes page to make it easy to share your memories.

Send flowers to the Voth family.