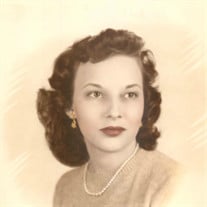 Geraldine “Gerry” Mahan, 92, a resident of Fredonia, passed away on Sunday, August 1, 2021 at Fredonia Regional Hospital. Geraldine Marie Myers was born on July 30, 1929, to Jerry Ike Myers and Clara Marie (Baughn) Myers in Altoona, Kansas, one of 9 children. She attended Benedict Grade School, North Center School in Thayer, and Fredonia Senior High School, graduating in May, 1947. Gerry’s first job was as a dishwasher and waitress at the Criterion Café in Fredonia. She also worked as a secretary for the Clerk of District Court. After graduating from high school, she worked as secretary for Stryker, Lafferty & Kennedy, attorneys at law, and then as bookkeeper for the Stryker family and their businesses, the Severy Gas Company and Longton Gas Company. From July, 1966, until September, 1994, she worked as receptionist and bookkeeper for Dr E. A. Rindt, D.O., and then Dr Phillip L Rindt, M.D. After retiring from the doctors’ office, she babysat for several years for many children, including Dr Phil’s sons and many of her own grandchildren and great-grandchildren. She was a member of the Bible Baptist Church in Fredonia. Her hobbies included organizing family reunions, compiling and printing a family cookbook and an anniversary book, and keeping the Myers family genealogy book up to date. On February 25, 1949, she married Howard Kennith “Bud” Mahan at Yates Center, Kansas. They were married 43 years until his death on December 31, 1992. Survivors include their four children: Greg & Judy Mahan of Clermont, Florida; Mike Mahan, Patty Jo Davisson, and Monte & Nancy Mahan of Fredonia, 9 grandchildren, and 15 great-grandchildren; and one sister, Pat Welch of Wichita. In addition to her husband and parents, 5 brothers, Harold Myers, Marion Myers, William “Bill” Myers, Wayne Myers, and an infant boy; 2 sisters, Betty Jean Bayes and Verna Smith, and 1 grandson, Dustin Davisson, preceded her in death. Memorial services will be held on August 21st at 10:00 a.m. at Countryside Funeral Home. Memorial remembrances are suggested to the Altoona Cemetery and may be left with or mailed to Countryside Funeral Home, 420 S. 20th, PO Box 247, Fredonia, KS 66736

The family of Geraldine "Gerry" Mahan created this Life Tributes page to make it easy to share your memories.

Geraldine “Gerry” Mahan, 92, a resident of Fredonia, passed away...

Send flowers to the Mahan family.