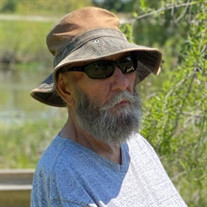 Harold Wayne Brooksher, 70, passed away Thursday, July 15, 2021 at his home. Harold was born in Kansas City, Kansas the son of Delbert Earl and Leota Lorene (Brock) Brooksher. Harold was a graduate of Pittsburg High School class of 1969, where he was an Allstate Defensive Tackle. Harold then did ROTC for the next 2 years. Harold enjoyed bowling, playing men's softball, hunting and fishing. Harold worked for Youngs Welding for 38 years, and owned and operated HB Buildings and Remodeling. On August 31, 1974, Harold married Janet L. McCreedy. Harold and Janet have been married for almost 47 years, and she survives in the home Harold built for them almost 44 years ago. Harold was a member of the Masonic Lodge in Chanute, and the Elks club. Harold enjoyed watching sports. His favorite time was when he was with his grandchildren and watching them play their sporting events. Including his wife Janet, Harold is survived by: Three Children: Jenny Snow and husband Mike of Frontenac, KS Jeremy Brooksher and wife Karen of Bentonville, AR. Janae Hughes and husband Paul of Chanute, KS Three Brothers: Richard Brooksher and wife Melinda of Franklin, KS Robert Brooksher of Arizona Ed Brooksher and wife Bonnie of Overland Park, KS Seven Grandchildren: Mallory and Carter Snow, Lizzy and Braden Brooksher, Maddy, Mattox and Addy Hughes. A host of nieces, nephews, and cousins. Harold was preceded in death by his parents, and a brother Mike Brooksher Funeral services will be held on Monday, July 19, 2021 at 11:00 am at the funeral home. The family requests you dress casually, as that is what Harold would want. Visitation will be 1 hour prior to service time with burial to follow service at Memorial Park Cemetery in Chanute. Memorials have been suggested to Horizon Hospice and may be left with or mailed to the funeral home. Online condolences may be left at www.countrysidefh.com Services entrusted to Countryside Funeral Home 101 N. Highland, Chanute, KS 66720

Harold Wayne Brooksher, 70, passed away Thursday, July 15, 2021 at his home. Harold was born in Kansas City, Kansas the son of Delbert Earl and Leota Lorene (Brock) Brooksher. Harold was a graduate of Pittsburg High School class of 1969, where... View Obituary & Service Information

The family of Harold W. Brooksher created this Life Tributes page to make it easy to share your memories.

Send flowers to the Brooksher family.