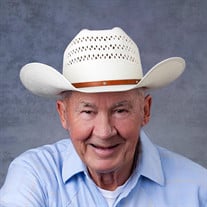 Jack Lee Hoyt, age 86 of Longton, Kansas, passed away on March 16, 2021 at his home. Jack was born November 24, 1934 in Harper, Kansas to Lee and Inez (McMahon) Hoyt. Jack graduated from grade school in Dexter, Kansas. He and his parents moved to Longton in 1948, where he graduated from Longton High School in 1952. Jack graduated from Independence Junior College and then completed a chemistry degree at Southwestern College in Winfield, Kansas. In 1957, Jack moved to Ponca City, Oklahoma, and worked for Continental Oil Company as a Research Analytic Organic Chemist. Jack thoroughly enjoyed his career at Conoco and spent the next 36 years with them, retiring in 1993. On June 4, 1960, Jack married Velva Rae Barnaby from Longton, Kansas. They were married on the farm outside of Longton, where Velva Rae lived. They made their home in Ponca City, Oklahoma and stayed there for the next 33 years until Jack retired. They enjoyed life together for nearly 61 years, raising their son, Brad, and participating in his school and sports activities. They managed to fit in monthly trout fishing trips to Missouri, one of Jack’s favorite past times. He enjoyed his many yearly trips to the Walnut Valley Festival. After retiring in 1993, Jack and Velva moved back to Longton, Kansas. Jack planned to retire, increase his fishing trips, and enjoy his other passions: quail and pheasant hunting. Jack quickly learned that he could do more fishing when he had a full-time job than he could during retirement. They enjoyed several years making trips to Tulsa, Oklahoma to watch and participate in their grandchildren’s many sports and school activities. Jack was involved in different organizations in Elk County, including the Longton Senior Center, Longton Cemetery Board Treasurer, Elk County Free Fair Board, Elk County Election Board, Elk County Council of Aging, United Methodist Church Council, Elk Valley Alumni Scholarship Committee, and Elk County Solid Waste Committee. He kept the Fairgrounds and Senior Center yards mowed for several years. He was also a member of the Longton United Methodist Church. Although Jack didn’t get to spend as much of his retirement years fishing as he would’ve liked, anyone that knew him knows that he made a huge difference in his community and Elk County. He will be greatly missed by all of his many friends and family. Jack is survived by his wife, Velva of the home in Longton, Kansas; son, Dr. Brad Hoyt and wife Leslie of Tulsa, Oklahoma; grandchildren: Blaine Hoyt and wife Dr. Amy Dunn of Tulsa, Oklahoma, Lauren Hoyt of Ft. Worth, Texas, and Hunter Hoyt of Norman, Oklahoma. He was preceded in death by his parents, Lee and Inez Hoyt. Jack’s family will receive friends for visitation on Monday, March 22, 2021 from 5:00 to 7:00 PM at the Longton United Methodist Church in Longton, Kansas. Graveside service will be on Tuesday, March 23, 2021 at 1:00 pm at the Longton Cemetery, Longton, Kansas. After the graveside services, cookies, tea, and coffee will be provided at the Longton United Methodist Church for visiting with family and friends. Memorial contributions can be made to Harry Hynes Hospice, Elk County Free Fair, or the Longton United Methodist Church and can be mailed to or left with the funeral home. Services entrusted to: Countryside Funeral Home, 206 E. Washington, PO Box 1233, Howard, Kansas 67349

Jack Lee Hoyt, age 86 of Longton, Kansas, passed away on March 16, 2021 at his home. Jack was born November 24, 1934 in Harper, Kansas to Lee and Inez (McMahon) Hoyt. Jack graduated from grade school in Dexter, Kansas. He and his parents... View Obituary & Service Information

The family of Jack Lee Hoyt created this Life Tributes page to make it easy to share your memories.

Send flowers to the Hoyt family.