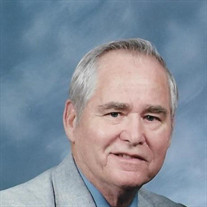 James Ernest Whaley was born to Warren and Bessie Whaley at Grace Hospital in Hutchinson Kansas, on August 31, 1935. Jim grew up in the town of Arlington, Kansas in a family of nine. Five of which, (Wanda, Ed, Elly, Beverly, and Gary) are still living today and are scattered throughout the states. He worked many odd jobs throughout high school which shaped him into the man he was today. In 1953, he had graduated from Arlington High School when his older brother, Robert, encouraged him to become a teacher. He attended Hutchinson College for two years, completing his Associates of Arts’ degree. Jim decided to take a break from school and worked at Capital Airlines in Chicago for a year. During that time, he realized it was a “going nowhere job” and enrolled at Emporia State University. After two years, Jim graduated with a Bachelor’s degree in Education with a double major in Social Sciences and Biological Sciences. Following his education, he enlisted in the Army for two years. After that he taught at Stanley Rural High School in Stanley, Kansas for six years. He met his wife, Elinor Fine, in 1963. They married on August 23, 1964, and are still married some 57 years later. In 1967, Jim accepted a teaching job at Royster Middle School and moved his family to Chanute‘s countryside. He spent his summers gardening and helping local farmers while teaching and raised his two daughters, Kristi and Nisha. In the 80’s & 90’s, Jim had the wonderful opportunity to teach Senior Citizens at Neosho County Community College’s Continued Lifetime Learning program. He and Elinor made many friends and had fun adventures with his senior citizen students during the annual Kansas Summer Excursion trips. During these trips Jim found at times that the senior citizens wandered off much like middle school students when given the freedom to explore. Jim decided to retire from teaching in 1995. He had taught for thirty-four years in Kansas Schools, student ages ranging from 6 through 95, including his mother, his wife, and both of his daughters. After retirement Jim was involved in the Chanute community in organizations like the AARP Tax Aide program, Chanute Soupline program, Chanute Public Library Board, Chanute Tourism Board, Chanute Historical Society, Chanute Area Retired School Personnel, and Kansas Association of Retired School Personnel. After he had retired, Jim joined a senior writing class which blossomed one of his dormant passions he had not been able to develop while teaching. Jim had a weekly column for the Chanute Tribune. He wrote many books for the Historical Society about local history and had published nine fiction books. His latest project for the community is Heroes Way. James Ernest Whaley, age eighty-six, of Chanute, Kansas passed away October 21, 2021 at Heritage Health Care, where he had been living for a short time. He died peacefully in his recliner with the remote control in his hand. He was preceded in death by his parents: Warren and Bessie Whaley, two brothers: Robert and Donald Whaley, a sister: Twila Whaley, two nephews: Robert Whaley and Robert Dorgan, and three nieces: Linda Alexander, and Debbie Orthwein, and Jennifer Kitts. Survived by his loving wife, Elinor and his daughters, Kristi (Jimmy) Houston and Nisha Whaley, and grandchildren: Madison Whaley and Roger Bennin III. Along with step-grandchildren: Jessica (Jordan) Hazen and Jennifer (Nick) Carrico and eight step-great-grandchildren, as well as sixteen nieces and nephews and numerous great-nieces and great-nephews. He’s also survived by over 10,000 students who he remembered well and cherished every day. Visitation will be held on Tuesday, October 26, 2021 from 5:00 pm to 7:00 pm at First United Methodist Church in Chanute. Funeral services will be held on Wednesday, October 27, 2021 at 1:00 pm at First United Methodist Church. Burial will be on Thursday, October 28, 2021 at 2:00 pm at Arlington Cemetery in Arlington, KS. Memorials have been suggested to the Chanute Historical Society or the Chanute Area Retired School Personnel, and may be left with or mailed to the funeral home. Online condolences may be left at: www.countrysidefh.com. Services entrusted to Countryside Funeral Home 101 N. Highland, Chanute, KS 66720.

James Ernest Whaley was born to Warren and Bessie Whaley at Grace Hospital in Hutchinson Kansas, on August 31, 1935. Jim grew up in the town of Arlington, Kansas in a family of nine. Five of which, (Wanda, Ed, Elly, Beverly, and Gary) are still... View Obituary & Service Information

The family of James Ernest Whaley created this Life Tributes page to make it easy to share your memories.

James Ernest Whaley was born to Warren and Bessie Whaley at Grace...

Send flowers to the Whaley family.