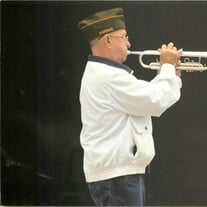 James W. Woods, 89, of Chanute passed away on Tuesday, October 12, 2021. James was born on January 18, 1932 in New Albany, KS, the son of John and Thelma (Rothgeb) Woods. James grew up in New Albany and upon graduation of high school was drafted into the United States Navy, where he honorably served in the Korean War. After returning home from Korea, James went to college and ultimately received a Master’s in education from Fort Hays State University, while also playing in the KOM baseball league in Iola. Coach, as James was referred to, dedicated his life to education, teaching and coaching in Gove, Canton and Chanute. Coach helped start the wrestling program Chanute High School, coached football for many years and began FCA at Chanute High School. Coach was involved with many organizations throughout his life. He was a life member of the American Legion, where he was the bugler with the honor guard and he was a life member of the VFW. Coach was also a member of the National Weightlifting Association and is a member of the Amateur Weightlifting Hall of Fame. Coach was very dedicated to all of the athletes that he coached through the years, but when his biggest passion in life were his grandchildren. He would take them fishing and canoeing, and even though he did not like to fish he was there for his grandchildren to always hand them a snack. James was a member of First Christian Church in Chanute. On September 4, 1955, James married Jacqueline Louise Bareis at Colfax Baptist Church, she survives him. James is survived by: His Wife: Jacqueline Woods of Chanute, KS Daughter: Jenice Woods of Chanute, KS Son: John Woods of Chanute, KS Five Grandchildren: Matthew Woods Andrew Woods Kambrie Woods Jason Wade Cassandra Wade Two Great-Grandchildren Ally and Raven Nine nieces and nephews James was preceded in death by his parents, sister Betty Son, and Niece Deborah. A memorial service will be held on Monday, October 18, 2021 at 1:00 pm at First Baptist Church-GNC Center in Chanute. Visitation will be on Sunday, October 17, 2021 at 5:00 pm at Countryside Funeral Home. The family recommends that masks be worn. Memorials have been suggested to the American Legion Guard or a card with a story about Coach and may be left with or mailed to the funeral home. Online condolences may be left at: www.countrysidefh.com. Services entrusted to Countryside Funeral Home 101 N. Highland, Chanute, KS 66720.

James W. Woods, 89, of Chanute passed away on Tuesday, October 12, 2021. James was born on January 18, 1932 in New Albany, KS, the son of John and Thelma (Rothgeb) Woods. James grew up in New Albany and upon graduation of high school was drafted... View Obituary & Service Information

The family of James William Woods created this Life Tributes page to make it easy to share your memories.

James W. Woods, 89, of Chanute passed away on Tuesday, October...

Send flowers to the Woods family.