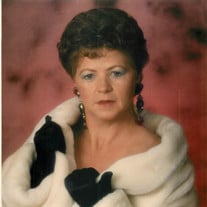 Jeanette Rose Albin-Pruitt, 68, gained her wings at Neosho Memorial Regional Medical Center on Sunday, January 10, 2021. She was born on January 3, 1953, the daughter of Kenneth J and Alice Mae (Gulick) Albin Jeanette was the first baby born in Wilson Co in 1953. She attended grade school at Altoona Midway while her family lived in Buffalo, KS. She later met, and married the love of her life Roger Pruitt on November 8, 1974 in Erie, KS. To this union she had three children, Janet, Jennifer, and Roger Lynn Jr. She loved her children and family so much. She was proud of them and was so giving. Jeanette had a strong compassion for helping others. She volunteered at Nursing homes along side her mother until obtaining her education to become a CNA and later obtaining her CMA. She was an avid advocate for individuals with disabilities and as such she played a role in the founding of S.K.I.L.-Southeast Kansas Independent Living Center. Her other passions included; researching her ancestry, bargain shopping, cooking, sewing, crafting and the travels she took with her family. She was preceded in death by her daughter Janet Lynn Pruitt, her parents and sisters: Martha aka Marty Wooten, Linda Kay Freeman, Connie Sue Alvin and Marjorie Albin. Survivors including her husband Roger are: Children: Jennifer Pruitt of Humboldt, KS Roger Lynn Pruitt Jr. of Parsons, KS Siblings: Ann Kavanaugh of Quince Mass. Gracie and Larry Powell of Iola, KS Kennether and Connie Oliver of Burlington, KS Alice Faye Staton of Big Lake, TX Marilyn and Jim Shue of Neodesha, KS Danny and Sheila Gulick of Quinlan, TX Fred and Kellie Albin of Altamont, KS Freda and Ron Gericke of Chanute, KS Cremation has been requested. The family will have a private inurnment at the Walnut Cemetery. Due to Covid, the family will be planning a Celebration of Life service at a later date. Memorials have been suggested to the Susan B. Kohen Breast Cancer Awareness Fund and may be left with or mailed to the funeral home. Online condolences may be left at: www.countrysidefh.com Services entrusted to: Countryside Funeral Home 101 N. Highland, Chanute, KS 66720

The family of Jeanette Rose Pruitt created this Life Tributes page to make it easy to share your memories.

Send flowers to the Pruitt family.