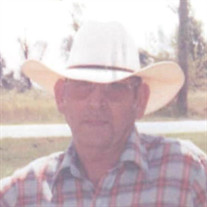 Jerald D “Jerry” Hubbell, age 85 of Howard, KS, passed away February 3, 2021 at Andover Courts in Andover, KS. Jerry was born October 2, 1935 in Eureka, KS to Carl and Ila (Hurd) Hubbell. He grew up in Howard, KS alongside 2 siblings, graduating from Howard High School in the class of 1953. He then attended Junior College in Coffeyville, KS for 2 years. In 1956, he enlisted in the United States Navy, serving his country for 4 years. After returning home from the Navy, Jerry began dating a young lady named Martina Garralda. They fell in love and in the spring of 1960, they were united in marriage. Early in their marriage, they moved to Texas for a while, but ended up moving back to Howard, KS , where they raised their 2 daughters, Terri and Christi. This spring, they would’ve celebrated 61 wonderful years together. Over the years, Jerry worked in life insurance sales, banking, real estate sales, and farming and ranching. His passion outside of work was playing the steel guitar. He loved getting together with other musicians in the area, where they would play country music in an old storefront in downtown Howard. People would always show up to dance or just hang out while they played. Jerry is survived by his wife, Martina Hubbell Daughters Terri Harroald and husband JR of August, KS Christi Robert and husband Don of Colwich, KS Brother, Melvin Hubbell and wife Irene of Winfield, KS Grandchildren Nick Templin, AJ Templin, Stephanie Templin, Levi Robert, Jace Robert, Jeremiah Robert, Sage Robert, Rayna Robert, Zane Robert, and Timber Robert He was preceded in death by his parents, and sister, Carolyn Brogan Cremation has been requested, with no services planned at this time. Memorial contributions can be made to the Benson Historical Museum or the Howard City Library and can be mailed to or left with the funeral home. Services have been entrusted to: Countryside Funeral Home, 206 E. Washington, PO Box 1233, Howard, KS 67349

The family of Jerry D. Hubbell created this Life Tributes page to make it easy to share your memories.

Send flowers to the Hubbell family.