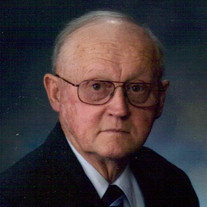 Jerry D. Jordan, age 80 of Chanute, KS, passed away on Sunday, November 3, 2019 in Chanute, KS. Jerry was born on January 7, 1939 in Liberty, KS, the son of Joseph and Virtress (Dixon) Jordan. Jerry graduated from Erie High School in 1957. Jerry was united in marriage on January 31, 1960 in Weir, KS to Mariruth O’Neal. He worked for Southwestern Bell Telephone Company in many capacities ranging from cable splicer to supervisor from 1956 to 1997. Jerry enjoyed hunting and fishing in the mountains of Colorado. He liked to stay busy by being outdoors and working on whatever he could get his hands on at the farm south of Chanute. Jerry raised, trained, rode and sold mules which he enjoyed all aspects of. This love of Jerry’s provided him many oppurtunities for travel and endeavors with the mules and friendships he developed along the trail. He most of all loved his family and hanging out with his grandkids and relishing in their accomplishments. Jerry was known as Beba by the grandkids and loved that nickname. Jerry was a member of the CWA (Communication Workers of America), including serving as local president for many years. Jerry was an active supporter of the 4H horse program supporting his children and grandchildren for many years. Jerry was active in the Erie FFA while in high school and formerly a member of the Chanute Bit Spur Saddle Club. Jerry is survived by: Wife: Mariruth Jordan of the home Children: Jeff Jordan of Lyndeborough, NH Doug Jordan and wife Mara of Galesburg, KS Jerry W. Jordan Chanute, KS Brenda Jordan and husband Michael Winter of Riley, KS Grandchildren: Mikayla, Brittni, Jessi and Mavrick Winter Rilee and Wyatt Jordan Dalton Hunsinger Brother: John Jordan of Chanute, KS He was preceded in death by his parents; step-father, Riley Baldwin and siblings, Joyce McKinsey, Joe Jordan and Jewel Johnson. The family will greet friends on Wednesday, November 6, 2019 from 6-8 p.m. at Countryside Funeral Home Johnson Chapel at 101 N. Highland in Chanute, KS. Funeral services will be on Thursday, November 7, 2019 at 2 p.m. at Westview Southern Baptist Church in Chanute. Cremation will take place after the service. Online condolences may be left at: www.countrysidefh.com. The family suggests memorials to be made in honor of his grandchildren to the FFA Chapters in their respective schools, Riley County High School and Chanute High School. Donations may be mailed ot the funeral home and the same will be split between the Chanute High School and Riley County Chapters where the children are members. Donations may be mailed to the funeral home. Arrangements have been entrusted to Countryside Funeral Home, 101 N. Highland, Chanute, KS 66720

The family of Jerry D. Jordan created this Life Tributes page to make it easy to share your memories.

Send flowers to the Jordan family.