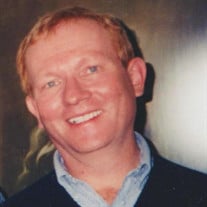 Kenneth (“Ken” or “Kenny”) Wayne Lassmann, 62, passed away on November 9, 2020. Ken was born on May 12, 1958 in Chanute, Kansas to Irvin Joseph Lassman and Mary Alice Doepke Lassman. Ken attended Chanute Schools, where he participated in many extracurriculars including band and yearbook. He graduated from high school in 1976. Ken then went on to attend Kansas State University, graduating with a Bachelor of Science in Mechanical Engineering in 1980, followed by a Master of Science in Mechanical Engineering in 1982. Ken later attended the University of Houston, where he graduated with a Master of Business Administration in Finance and Quantitative Management Science in 1987. He also completed coursework toward a Ph.D. in Industrial Engineering at the University of Houston and Kansas State University. Ken led a successful career as a Professional Engineer (PE), which he began in 1982 with the Exxon Company as a Senior Project Engineer designing offshore oil platforms. He then went on to work at the NASA Johnson Space Center from 1987 to 2004, where he held multiple roles, including an esteemed position as a Manager of the Space Shuttle Production/Operations Assessment Office. Prior to his retirement in 2016, Ken held additional jobs at KWL Enterprises, Jacobs Engineering Group, Octave Chanute Consultancy, Kansas State University, the City of Chanute, and Holly Frontier Refinery. In his spare time, Ken enjoyed cheering on the Kansas State Wildcats, hanging out with his family and friends, substitute teaching, and many local activities including visiting the art gallery, attending the Zion Lutheran Church, and watching sporting events. Ken also enjoyed traveling, sailing, and tinkering in agriculture, auto mechanics, and home repair – he really was a jack of all trades. Ken found the most pride and joy in his children, whom he is survived by – James Lassmann of Dallas, Texas, Aaron Lassmann of Houston, Texas, Anna Lassmann of Austin, Texas, stepdaughter Rachel Mathers of League City, Texas, and their mother Michelle Moore of League City, Texas. He is also survived by his father Irvin of Chanute, Kansas, sister Diane Taylor of Topeka, Kansas, aunt Doris Wilhite of Humboldt, Kansas, and many nieces and nephews. Ken is preceded in death by his mother Mary Alice and sister Lynda Hildebrand. The funeral service will be held on Friday, November 13, 2020 at 11:00 am. at Zion Lutheran Church in Chanute, Kansas, followed by a graveside service at Mount Hope Cemetery in Humboldt, Kansas. Due to COVID-19 precautions, masks will be required, and social distancing observed. In lieu of flowers, please consider donations to The Kansas State University Carl R. Ice College of Engineering – Target for Study Abroad Excellence Fund (I38480). Online condolence may be left at: www.countrysidefh.com. Services entrusted to Countryside Funeral Home 101 N. Highland, Chanute, KS 66720

The family of Kenneth Wayne Lassmann created this Life Tributes page to make it easy to share your memories.

Send flowers to the Lassmann family.