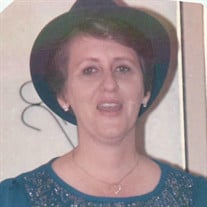 Martha Lee (Knabe) Cooley, at 76 of Moline, KS, passed away July 12, 2021 at her home. Martha was born February 28, 1945 in Winfield, KS to Clarence and Katie (Purkey) Knabe. She grew up in Moline alongside 6 siblings, attending Moline schools. At a young age, Martha met a young man at the Moline skating rink. This young man was from Howard, and as the relationship grew, he would walk from Howard to Moline on the railroad tracks just to see her. On May 28, 1961, she married this young man, Larry Cooley in the Moline First Baptist Church. Martha and Larry lived in Augusta, KS for a short time, but made their home in Moline for much of their married life. They raised 2 sons, and lost one son, Jimmy as an infant. They were married 40 years, until his passing in 2001. Over the years, Martha worked many jobs, from the laundry room at the nursing home, to delivering Friendship meals. She was a member of the Moline First Baptist Church, which she joined as a teenager. She loved her family, and was known by them all to be a little ornery. Martha is survived by her son Ken and his wife Trina Cooley of Moline, KS. Grandchildren: Kenneth Cooley of San Angelo, TX Nathan Cooley and fiancée Dena Saidian of Severy, KS Boston Cooley and wife Allana Cooley of El Dorado, KS London Cooley of El Dorado, KS Dalia Cooley of Moline, KS Dalyn Cooley of Moline, KS Katie Yager of Emporia, KS Sisters: Mary Riney of Denver, CO and Katheryn Doshier of Wichita, KS Numerous nieces and nephews She was preceded in death by her parents, husband, Larry, Sons, Jimmy and Tom, Sisters, Bonnie Knabe, Betty Sallee, Sue Mills and brother George Fred Knabe. Visitation will be held at Countryside Funeral Home in Howard, KS on Thursday July 15 from 4-6pm. Funeral service will be at the Moline First Baptist Church on Friday July 16 at 1pm with internment to follow in Moline Cemetery. Memorial contributions can be made to the Moline First Baptist Church or Countryside Funeral Home to help the family with final expenses. Services entrusted to Countryside Funeral Home, 206 E. Washington, PO Box 1233, Howard, KS 67349

Martha Lee (Knabe) Cooley, at 76 of Moline, KS, passed away July 12, 2021 at her home. Martha was born February 28, 1945 in Winfield, KS to Clarence and Katie (Purkey) Knabe. She grew up in Moline alongside 6 siblings, attending Moline schools.... View Obituary & Service Information

The family of Martha Lee Cooley created this Life Tributes page to make it easy to share your memories.

Send flowers to the Cooley family.