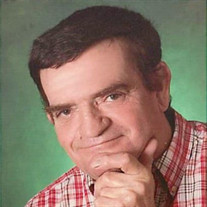 Michael Lee Rowe, age 69 of Independence, Kansas, passed away Tuesday, April 13, 2021 at Jane Phillips Medical Center in Bartlesville, Oklahoma. Michael was born April 12, 1952 in Independence, Kansas to Willis and Mabel (Meek) Rowe. He grew up in Independence alongside his brother Edward, and sisters Linda and Vernetta. He graduated from Independence High School in the class of 1971. Soon after graduation, Michael enlisted in the United States Army and spent the next 22 years proudly serving his country. Three of those years on active duty and 19 years in the Army Reserves. All while serving, he was also employed by Hackney in Independence, where he was a painter. He retired from there in 2015 after 41 years. On April 12, 1977, Michael married the love of his life, Cynthia Martin in Miami, Oklahoma. Together, they had 3 daughters, Rakesha, Micah, and Jennifer, and enjoyed 44 wonderful years together. In his spare time, Michael enjoyed collecting trains, and building and collecting model cars. He also enjoyed listening to rock music, specifically Journey and Def Lepard. Michael was an animal lover, and on occasion would bring home stray cats to give them a home. Above all else, Michael treasured his family more than anything else. He loved his wife dearly, and truly loved being a dad and grandpa. He will be greatly missed by everyone that knew him. Michael is survived by his wife, Cynthia of the home Daughters Rakesha Rowe of Independence, KS Micah Johnson and husband Tim of Independence, KS Jennifer Rowe of Independence, KS Grandchildren DeAntae, DeAndre, DeAnthony, Brittany, Brianna, Darius, Izaiah, Isabella Great-granddaughter, Sofia Brother Edward Rowe of St. Louis, Missouri Sister Linda House and husband Larry of Claremore, Oklahoma Several great nieces and nephews He was preceded in death by his parents, sister Vernetta Buchannan, and granddaughter Angelina Zambrano The family will receive friends at visitation on Tuesday, April 20, 2021 from 4:00 to 6:00 PM at the First Church of the Nazarene in Independence, Kansas Funeral service will be held on Wednesday, April 21, 2021 at 10:00 AM at the First Church of the Nazarene in Independence, Kansas Memorial contributions can be made to the First Church of the Nazarene and can be mailed to or left with the funeral home. Services entrusted to Countryside Funeral Home, 420 S. 20th, PO Box 247, Fredonia, KS 66736

The family of Michael Lee Rowe created this Life Tributes page to make it easy to share your memories.

Send flowers to the Rowe family.