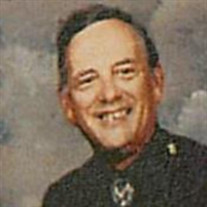 Paul E. Keller, 79, passed away Thursday, January 21, 2021 at Montgomery Place in Independence, KS. Paul was born on June 26, 1941 in Kingsley, IA the son of Elmer Edward and Violet (Switzenburger) Keller. Paul was a graduate of Liberty, IA high school class of 1959, he then attended college in Sioux City, IA. In 1960, Paul went into the US Airforce and served until 1965. After his return in the military, he resided in Southern California for 15 years, then he moved to Chanute, KS where he worked for the next 23 years for the Gas Company, City of Chanute. Paul was an avid fisherman, and participated in many Bass Fishing Tournaments. He has been a member of the American Legion since 1972, and also a member of the Faith Bible Church. On September 13, 1996, Paul married Roberta "Bobbi" Leftwich and she survives at their home. Other survivors include: Children: Scott Keller of Chanute, KS Michael Keller of Chanute, KS Julee Berens of Denver, CO Gina Keller of Denver, CO Siblings: Janice Matthews of Washington Clory Carpenter of Inyokern, CA Numerous grandchildren and great grandchildren Funeral services will be held on Thursday, January 28, 2021 at 1:00 PM at the funeral home. Visitation will be held on Wednesday, January 27, 2021 from 5-7. Military rites performed by the Chanute American Legion at the graveside at Memorial Park Cemetery.. Memorials have been suggested to the American Heart Association and may be left with or mailed to the funeral home. Online condolences may be left at: www.countrysidefh.com Services entrusted to: Countryside Funeral Home 101 N. Highland, Chanute, KS 66720

Paul E. Keller, 79, passed away Thursday, January 21, 2021 at Montgomery Place in Independence, KS. Paul was born on June 26, 1941 in Kingsley, IA the son of Elmer Edward and Violet (Switzenburger) Keller. Paul was a graduate of Liberty,... View Obituary & Service Information

The family of Paul E. Keller created this Life Tributes page to make it easy to share your memories.

Send flowers to the Keller family.