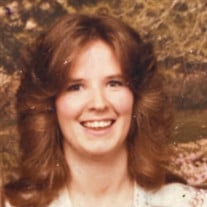 Shirley Ann (Fowler) Bellegarde, 59, passed away at Fredonia Regional Hospital on August 2, 2021. Shirley was born on August 20, 1961, to Elmer Fowler and Carolyn (Kingsbury) Fowler in Neodesha, KS. She grew up in Colorado and spent her time working hard and raising her five children. She adored the time she was able to spend with her granddaughters Peyton and Aliah while they were young. She lived in Pinedale, Wyoming for some years, but travelled back to her parent’s home in Benedict, KS to care for them in 2013. She worked as a cook at the cafeteria at Fredonia Regional Hospital and was loved by all who had the opportunity to get to know her. Shirley was a quiet person who loved to read and be outside. Shirley enjoyed her family, creating memories of movie nights with her grandchildren and dancing along to Garth Brooks in her kitchen. Including her parents, Shirley is survived by: Children Daughter Candy Embry and husband Michael of Anoka, MN. Son Terry Fowler, his wife Tammy of Flagler, CO. Son Richard Fowler and his wife Dawn of Pueblo, CO. Daughter Elizabeth Fowler of Princeton, MN. Son Jacob Fowler of Limon, CO. Siblings Pamela Mckinstry Rodney Fowler Mirl Fowler She was preceded in death by her brother James Fowler. A memorial service will be held on Saturday August 7 at 10:30am at Countryside Funeral Home in Fredonia, KS. In lieu of flowers, memorials can be made to Fredonia Regional Hospital and can be left at the funeral home or can be made to the family and mailed to 312 Harrison St, Apt 201, Anoka, MN 55303. Services entrusted to Countryside Funeral Home 420 S. 20th St., PO Box 247 Fredonia, KS 66736.

Shirley Ann (Fowler) Bellegarde, 59, passed away at Fredonia Regional Hospital on August 2, 2021. Shirley was born on August 20, 1961, to Elmer Fowler and Carolyn (Kingsbury) Fowler in Neodesha, KS. She grew up in Colorado and spent her time... View Obituary & Service Information

The family of Shirley Ann Bellegarde created this Life Tributes page to make it easy to share your memories.

Send flowers to the Bellegarde family.