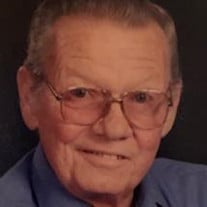 Steven R. Cole, age 76 of Gas, KS passed away on Monday, January 20, 2020 at his home in Gas. He was born on January 12, 1944 in Iola to Neil R. and Ella M. (Looney) Cole. He spent most of his life in Iola, KS with the exception of a few years in Houston, TX and Wichita, KS. He attended Iola schools. He worked as a welder for 13 years in Houston and Wichita. He worked for Allen County Road and Bridge for 28 years before retiring in 2004. He continued to work for Allen County part time after his retirement until 2016. He enjoyed driving race cars, collection coins, working in the yard and spending time with his family. He married Deloris Young and they later divorced. He married Rema Lacy Baugher in December 20, 1969 in Iola, KS. Steve is survived by his wife of the home; sons, Ronny Cole and wife Irene of Stavanger, Norway, Steven Cole and partner Rhonda Dickerson of Chanute, KS, and Robert Baugher and wife Jennifer of Augusta, KS; a daughter, Angela Huff and partner Tom Hammer of Iola, KS; 10 grandchildren: Shannon Cole, Ashly Miller and husband John, Geoffrey, Lindsay, and Wesley Baugher, Tyler and Kyley Cole, Dalton and Kristin Garver and Logan Huff. Three great grandchildren, John Miller IV, Greyson Miller and Izabella Glukowsky; brother in-law, William Bell and numerous nieces and nephews. He is preceded in death by his parents; sisters, Marjorie Bell, Rose Etta and Susan Cole and a brother, Richard Cole. Cremation has been requested. A Graveside service will be on Monday, January 27, 2020 at 1 p.m. at Highland Cemetery in Iola, KS. Online condolences may be left at: www.countrysidefh.com. The family suggests memorials to be made to Wings of Warrior Cancer Foundation P.O. Box 219 Gas, KS 66742 and may be left with or mailed to them. Arrangements have been entrusted to Countryside Funeral Home, 101 N. Highland, Chanute, KS 66720.

The family of Steven Ray "Steve" Cole created this Life Tributes page to make it easy to share your memories.

Send flowers to the Cole family.