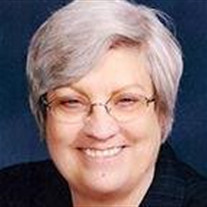 Susan Jeanine (Coots) Bailey, 69, of Sierra Vista, Arizona, formerly of Chanute, Kansas, passed away on April 27, 2019 in Sierra Vista. Susan was born on October 14, 1949 in Chanute, Kansas, the daughter of Samuel Jefferson “Jeff” Coots Jr. and Bonnie Frances (Keesling) Coots. She grew up in Chanute, graduating from Chanute High School in the Class of 1967. She attended Neosho County Community Junior College and took extension classes at Kansas State University. She was united in marriage to Gary Lopeman in 1968. They later divorced. She was united in marriage to Burt E. Bailey on December 29, 1986. He preceded her in death on November 3, 1997. During their marriage they lived in Wichita, Kansas and Salina, Kansas with his job. After his retirement they moved to Oklahoma City, Oklahoma. Following his death, she returned to Chanute. Susan was employed by Penwell-Gabel Funeral Home Johnson, Gibson and Humboldt Chapels from July 2002 until December 20, 2013 when the funeral homes were sold to Countryside Funeral Home of Fredonia. She worked for Countryside Funeral Homes from December 20, 2013 until she retired on May 4, 2014 to move to Arizona to help her daughter while her husband was gone. She was a member of the First Baptist Church of Chanute and the American Legion Post #170 Ladies Auxiliary of Chanute. Susan is survived by three children, Kevin Lopeman and his wife Chris of Hereford, Arizona, Stacey Hamilton and her husband Todd of Sierra Vista, Arizona, and BreAnne Collins and her husband Ray of Delphos, Kansas; nine grandchildren Cheyanne Lopeman, Joshua Lopeman, David Lopeman, Mikhayla Hamilton, Nate Hamilton, Jordan Bell, Taylor Geer, Harley Collins and Brandon Collins. She is also survived by her brother Scott Coots of Sierra Vista, Arizona and one sister, Jodi Lucke and her husband Mike of Osage City, Kansas and sister-in-law Branda Coots of Grand Lake, Oklahoma; step-children Shannon Bailey, Forrest Bailey and Heather Moore all of Washington state and step-grandchildren Carter Casidy, Cameryn Casidy, Cooper Casidy, Gage Bailey, Garrett Bailey and David Moore IV all of Washington State, BreAnne Collins and Jannetta Collins of Delphos, Kansas. She was preceded in death by her husband Burt, a daughter Tamara Jeanne Lopeman, her parents and two brothers Chris Coots and Michael Coots. Memorials in her name may be made to the First Baptist Church, 118 N Forest, Chanute, Kansas 66720. Cremation has been requested. A graveside service will be on Saturday, June 29, 2019 at 10 a.m. at Memorial Park Cemetery in Chanute, KS. Online condolences may be left at: www.countrysidefh.com. The family suggests memorials to be made to the First Baptist Church and may be left with or mailed to the funeral home. Arrangements have been entrusted to Countryside Funeral Home, 101 N. Highland, Chanute, KS 66720.

The family of Susan Jeanine Bailey created this Life Tributes page to make it easy to share your memories.

Send flowers to the Bailey family.