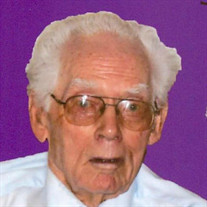 Virgil Wilbur. Douglas, age 95, passed away on Monday, August 10, 2020 at his home. Virgil was born on September 16, 1924, two miles north of Thayer, KS., the son of Ora Lee and Flossie Gladys (Henderson) Douglas. Virgil was a graduate of Altoona High School class of 1942, and started working for the Parson’s Ammunition Plant. In the fall of 1942, Virgil moved to Oregon and started working as a moto-rail and overhead crane operator at a saw mill. On September 24, 1944 in Toledo, Oregon, Virgil married Doris Irene Carver. In 1950, they moved back to Chanute, KS where he worked for several general contractor’s including Bertho Construction, DeMeritt Construction as well as being self-employed many years. Virgil was the superintendent on many large jobs including Altoona Midway School, Hutton and Murry Hill Schools, the wings on the old Neosho Memorial Hospital, Home Savings Bank and many more. His love was to build things, and doing so, he built his life with his wife for almost 74 years until her death of August 18, 2018. Survivors include: Two Sons: Dale Wesley Douglas and wife Lana of Chanute, KS Paul David Douglas and wife Debbie of Chanute, KS 5 Grandchildren, and 5 great grandchildren Two sisters: Ethel Gueulette and Darlene Singhurst. Virgil was preceded in death by his parents, wife Doris and one sister. Graveside services will be held on Friday, August 14, 2020 at 10:30 AM at the Altoona City Cemetery. Visitation will be held on Thursday, August 13, 2020 from 6-8 PM at the funeral home. Online condolences may be left at: www.countrysidefh.com. Memorials have been suggested to the Parkview Holiness Church and may be left with the funeral home. Services entrusted to Countryside Funeral Home 101 N. Highland, Chanute, KS 66720

Virgil Wilbur. Douglas, age 95, passed away on Monday, August 10, 2020 at his home. Virgil was born on September 16, 1924, two miles north of Thayer, KS., the son of Ora Lee and Flossie Gladys (Henderson) Douglas. Virgil was a graduate of... View Obituary & Service Information

The family of Virgil W. Douglas created this Life Tributes page to make it easy to share your memories.

Send flowers to the Douglas family.